Daily Life in the Calais Jungle and Grande-Synthe Refugee camp 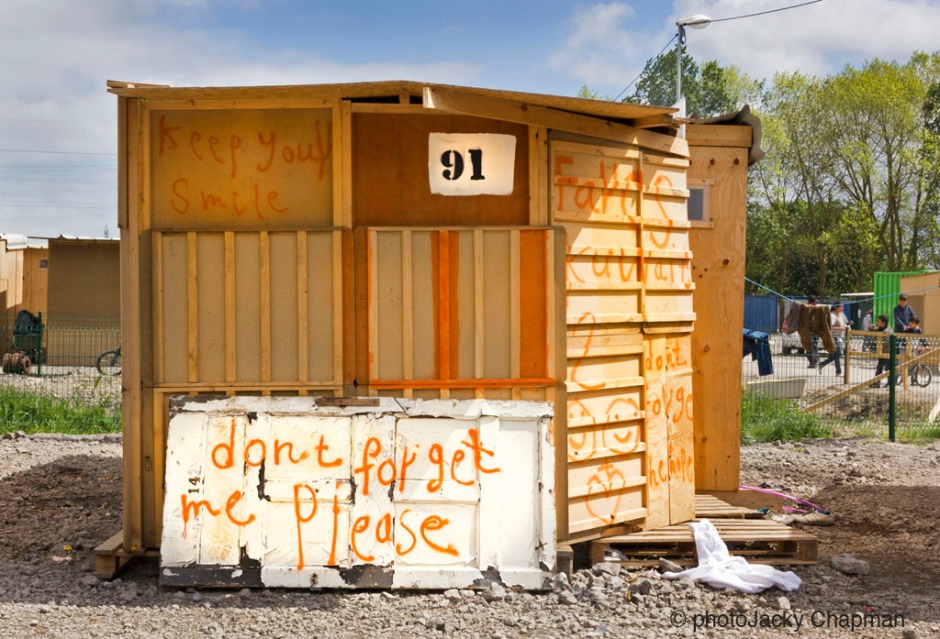 The Jungle, the refugee camp in Calais was razed to the ground in October 2016 evicting 10,000 migrants/refugees including 800 children. In April 2017 Grande-Synthe in Dunkirk (France’s only official migrant camp) went up in flames leaving a further 1,500 people including 120 unaccompanied children homeless overnight.

In 2016 prior to the destruction of the camps, Jacky Chapman and Janine Wiedel spent six months visiting and photographing daily life in both.

The resulting exhibition/installation with close to 200 photographs portrays the refugees as individuals and not merely as a collective problem. It shows the daily experiences of those living in the camp as well as images of the social environments that they improvised to help them survive with some dignity (including places of worship, shops, and schools).

We are given a view into the transience of lives caught between the horrors of the past and the (increasingly limited) hopes for a secure future. It captures something of the precariousness, ingenuity and above all the humanity of people who fled from their homes and families, and risked their lives crossing continents, to find themselves in temporary communities. Today, even these have been destroyed leaving them scattered around France with decreasing hope for their future.

The powerful images evoke and provoke a reaction and provide the viewer with a platform to engage with the social and humanitarian issues that are often skewed by social media and the press.

Photographs are copyrighted and must not be downloaded or copied in any form without permission.